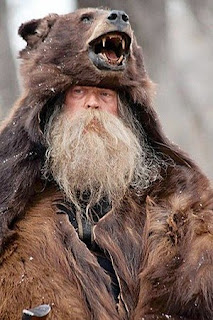 I've been pretty bullish since signing up to this place in 2003....... however I officially went sour in April last year after my deadbeat buddy bought a crappy new condo in Surrey with zero down. (I posted this quite clearly on RET in case anyone accuses me of revisionist history)

Anyways, I'm calling it again..... a 25-35% correction in GVRD prices over the next several years.

What else will happen? (Contributing factors)
- The NDP will eke out an election victory over the liberals, proving once again that British Columbians have the collective memory of a gnat
- BC's already bloated public sector will expand further under NDP largesse and corporate antipathy leading to a Moodys/S&P credit ratings downgrade within a year of forming the new government.
- BCGEU, Nurses, and Teachers union will seek-out (and win) pay increases above inflation.
- Major mining/pipeline/oil&gas projects in the rest of BC will go on the slow burner due to more exhaustive environmental reviews and mandatory first-nations participation. Kiss the royalties, taxes and employment multipliers goodbye.
- Following a flourish of nepotist hiring by Sikh managers, ICBC will be nationalized by the Punjab government and be declared an autonomous state called Kalistan.
- BC will hike the minimum wage to $75/hr to match the effective salary earned by BC's only remaining 2 private sector CEOs
- BC Ferries will be subject to gov't imposed fare limits, increasing the flow of deadbeats across the Strait of Kwafquixxtil (or whatever the new name is). Fare limits will be accompanied by a new "Super Duper Fast Ferries" program which results in immense job creation and a cash bail-out by the province within 5 years. The bail-out will be followed by the appointment of an internationally credible CEO who successfully restructures the operation but ultimately bows out for taking a ludicrously generous $100,000/yr compensation package.
- BC will be face an influx of cashed-up Russian and Middle Eastern Oligarchs fleeing crackdowns in their own country. Mainland Chinese Oligarchs protest vigorously, citing "We were here first".
- A washed-up Hollywood movie star like Kirk Cameron will make a movie filmed in BC, giving the Vancouver Province tabloid fodder for several months. British Columbians around will bask in the glow of being an important center for global film production. To placate the population, half of whom are claiming social assistance, the NDP government will announce further tax credits for film productions to the point they pay for Kirk Cameron's much-awaited sequel, "Crockoduck II"
- With only 16 properties for sale in the province and development come to a grinding halt, Cameron Muir, Bob Rennie and MAC Realty's "Lee" sisters team up for an ambiguously disingenuous broadway musical at RiverRock called "There's never been a better time to buy. Or sell".
- Resident squawkers on real-estate forumboard "Real Estate Talks" finally organize a meet-up. After years of intense debate, the meet is characterized oddly by hordes of balding males awkwardly shifting in their seats and staring at their beers.

Anyways, I'm calling it again..... a 25-35% correction in GVRD prices over the next several years.

+2
George Carlin once said "Think of how stupid the average person is, and realize half of them are stupider than that.”
Top

... will you stop agreeing with me?

Stop being right then!

George Carlin once said "Think of how stupid the average person is, and realize half of them are stupider than that.”
Top - The NDP will eke out an election victory over the liberals, proving once again that British Columbians have the collective memory of a gnat

Kinda' killed the rest of the post right there, RA. Users browsing this forum: No registered users and 20 guests